7 Acquisition Channels Used by Companies In The Plugin Niche

A big part of our work with companies that want to launch is discovering the right acquisition channels. Last month I spent some time researching acquisition channels used by companies in the plugin niche. After analyzing 26 companies I found 7 channels that show the highest potential for scalability. These are actual interviews with the founders/CEOs of those companies and each quote is traceable to an actual web page.

Big names like Amazon, Shopify or Apple have their own app stores where you can make various tools & participate in their ecosystem.

“Of course another massive source of trials was the Slack App Directory. After our experience, I highly recommend launching on a platform like Slack, WordPress, or Shopify. There’s a whole chunk of functionality that you can essentially “outsource” to the platform. For us, that was authentication, user management, and access to the “work graph”. You also get free distribution from the parent platform and a clear target persona you can attract. There are definitely risks involved, but the benefits outweighed the risks in our eyes. Here you can check out more details on why you should launch on a platform from my co-founder Andy. , Google and Slack make 50% of the trials”.
Source : Andy Cook

“Our listing on the Chrome Web Store also drove some signups. One of the search phrases that turns up GMass is “mail merge”, and I wanted GMass to show up if you ran that search in the Chrome Web Store. At the time, the results only showed the top three relevant hits, and GMass was #4. But I noticed that one of the top three products was a defunct product that wasn’t being supported anymore. I contacted the developer of that tool and gently asked if he would be so kind as to remove his product entirely, and explained why. Surprisingly, he said yes”.
Source: Ajaj Goel

ProductHunt.com is the number one platform in the world for launching products.

“An over-enthusiastic user posted Smooz on Product Hunt in February at a very bad time — it was Friday, at the end of the afternoon, and I was taking care of my two daughters while my wife was on a business trip. It was possibly the worst possible time. Thankfully, the PH team was kind enough to temporarily remove it, and I got it reposted the following Tuesday. It brought a nice number of new teams — a hundred I think, some of them are still among the biggest users. By March I had about 300 registered teams, with perhaps 20% of them regular users”.
Source : Matthieu Varagnat

“Next, I launched GMass on Product Hunt in September 2015, which was a huge success. It drove a ton of traffic and user signups exploded, with a new account being created every three minutes. That felt really good”.
Source Ajaj Goel

“The initial launch went rather well. I was new to ProductHunt and the chatbot scene was rapidly growing. We kept adding more features and launching each bit as a sub-product and, as a result, Karma got featured five separate times and gathered approximately 2,500 upvotes, which helped gained the initial user base. While Product Hunt was working okay, it didn’t really bring the customers we were interested in. Most of the early Slack adopters were startups, or small or free (non-profit) communities. They didn’t really see enough value in the product. The early adopters were ready to pay $6/mo or $99/year. While we gathered some feedback along the way, ultimately we ended up with almost 100,000 registered users and just $126 monthly recurring revenue. Laughable, really. (my note: see the revenue people report)”
Source: Stas Kulesh

Some products start with SEO as part of their initial acquisition strategy. SEO is a set of practices with an end goal: so people who search on Google for a specific keyword can see your website first.

“We heavily invested our time in SEO on both our website and the Chrome Web Store. SEO was and still is our main user acquisition strategy. It’s a slow but really valuable approach for us. Our SEO activities are pretty straightforward. Everyone can do it, it’s not rocket science. Basic SEO processes can be found in thousands of guides across the web. What I’m trying to say is that we don’t do anything magical, but rather focus our efforts on the right things. And remain patient. That being said, quick results cannot be expected from such an approach, so just be prepared. We spend a lot of time in keyword tools like the AdWords Keyword Planner, Serpstat and Ubersuggest. We also try to produce written content every week (at least one post on our blog) and update content in all extensions stores. It’s also very important to us that we evaluate our past performance”.
Source: Stanislav Dimitrov

“All I did was to publish some articles on our blog. Since it was a niche area, that was enough for people to find us in Google. People were willing to buy from us because our website looked professional and there were no other products offering the same solution. Because they’re niche plugins, most of our sales come from general SEO and people coming direct to our own website. Our first plugin was WooCommerce Password Protected Categories and because this is so specific and nothing else was offering a solution to this problem, we were quickly able to rank for keywords such as ‘Woocommerce password protected categories’. That made it easy to get the plugin in front of customers”.
Source: Katie Keith

“Facebook Ads were okay, cost-wise, because I was able to set a fixed budget even for just a day or two. I ran $5 campaigns that resulted in poor conversion rates and received only 18 clicks, but impressions were a lot higher; so (although it wasn’t measurable) people learned about the product even if they didn’t click through”.
Source: Igor Benic

“We tried Facebook ads and Google Adwords, but quickly realized it takes a lot of effort to set up marketing campaigns properly. These paid advertisement channels consumed more than they brought in return”.
Source: Stas Kulesh

An online advertising platform by Google. Say you’re selling men shoes and want to appear on the search results when someone types ‘shoes for men’. Google Ads allows you to do this.

“Advertising has never worked. Adwords has never worked — probably because it’s not possible to target ads by operating system, which means ads get a lot of clicks from Mac and Android users, while my software is for Windows desktops. (my note: Most clear example of why advertising might not work for you).”

“Hi, I have tried Google AdWords and Facebook Ads and ended up breaking even – i.e. the revenue from the sales was about the same as the adverts were costing me. So I stopped that as the ROI wasn’t there.”

There are thousands of subreddits on Reddit where your potential audience may gather and be interested in your product.

“I got my first few customers through traffic from Hacker News and Reddit. Those first few sales were a big confidence boost. Also, the posts on HN and Reddit were good initial validation that somebody would use the tool, and potentially pay for it, even if it takes some work”.

“A couple of subreddits also helped get the word out, but the results were not stunning.” Source : Stanislav Dimitrov

Having an existing audience from a product you own.

“Code Canyon helped me to build a small following pretty quickly that I was then able to cultivate into a much larger group through the content I was producing on my personal site, Pippin’s Plugins. I was publishing tutorials, tips, and other blog posts several times per week. While my audience started out at nothing, I was able to build this into a pretty significant following fairly quickly. Through my products and writing, I was able to grow my site’s traffic from a few hundred page sessions per month to more than 85,000 sessions per month at its peak. That traffic was critically important to the success of my products early on. (my note: He started from publishing on code canyon, then using that audience to create a website, and then use that to create related products”.

“I offered WPeddit to plugin customers at a discount. This got some sales coming in and started my WordPress theme business. I grew Epic Plugins to where it is today over a long stint of building out new WordPress plugins and releasing them into CodeCanyon’s ecosystem”. 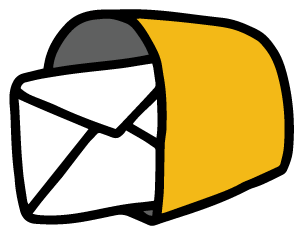 YOU DON'T WANT TO MISS THE THING?

You have Successfully Subscribed!